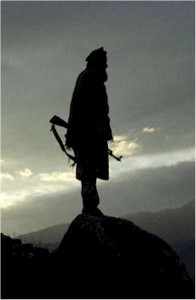 The Fighting Vanguard: Local Insurgencies in the Global Jihad

As policy-makers grapple with protracted insurgencies in Afghanistan and other conflict zones, there is a growing need to distinguish between different strains of Islamic miltancy. A theoretical framework remains elusive, however. Despite its emphasis on ideology and operations, terrorism scholarship offers limited insight into the relationships between foreign fighters and indigenous militants. As a result, policy makers may neglect important tensions between these groups–to the detriment of U.S. security.

The Fighting Vanguard addresses these deficiencies by examining al-Qaeda’s relationships with indigenous Muslim insurgencies. Building on fieldwork from Afghanistan, the Middle East, and former Soviet Union, the book will categorize militant movements, evaluate the threats they pose, and identify strategies tailored to these distinct threats. By illuminating the factors that bring Islamic militants together, The Fighting Vanguard offers insight into the policies that could drive them apart.