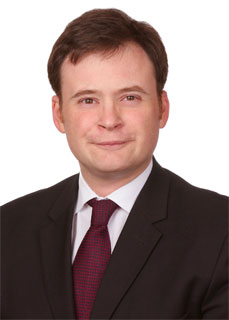 Christopher Swift is an Adjunct Professor of National Security Studies at Georgetown University.  An attorney and political scientist, Dr. Swift brings more than fifteen years of experience to his research on terrorisms, armed conflict, and the intersection between constitutional law, international law, and national security. His forthcoming book, The Fighting Vanguard: Local Insurgencies in the Global Jihad, draws on field research in Afghanistan, Yemen, and other contemporary conflict zones to untangle the complex global web of terrorist and insurgent groups.

Prior to entering private practice, Dr. Swift served in the U.S. Treasury Department’s Office of Foreign Assets Control, where he investigated international transactions involving terrorist syndicates, weapons proliferators, and other sanctioned entities.  He also served as an International Law Fellow at the U.S. Commission on International Religious Freedom, where he advised policymakers on terrorism and human rights in Afghanistan, Iraq, and the former Soviet Union.

Dr. Swift is an Eagle Scout and term member of the Council on Foreign Relations.  He holds a Ph.D. in Politics and International Studies from the University of Cambridge, a J.D. from Georgetown University, and an A.B. in history and government from Dartmouth College.