Will a temporary truce work in Syria?

Home / Will a temporary truce work in Syria? 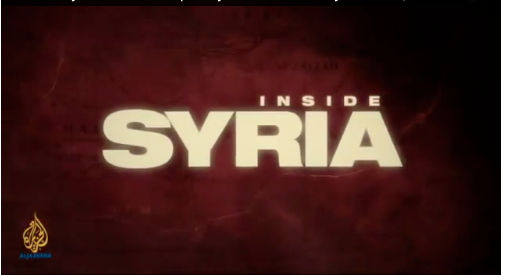 The United Nations and Arab League special envoy Lakhdar Brahimi is in Damascus to persuade Bashar al-Assad, Syrian president, to comply with a four-day truce. He is proposing it begin during the Muslim holiday of Eid al-Adha, on October 26th.

Brahimi’s call has drawn growing regional and international support, including from Turkey and al-Assad’s main supporter – Iran. The veteran diplomat believes a temporary truce could pave the way for a political solution to Syria’s 20-month long conflict.

Lakhdar Brahimi said: “We have talked about the importance of de-escalating the violence, and whether that would be possible, for the occasion of Eid al-Adha. The fighting would stop completely. We will discuss this and the Syrian situation in general.”

Yet even a short-term humanitarian truce might be difficult to put in place. Activists are reporting sustained aerial bombardment by government forces across Syria’s north.

Rebel fighters say they will put down their guns only if the regime does the same. Ahmet Davutoglu, Turkey’s foreign minister said: “I call on all of those fighting in Syria to temporarily cease hostilities during Eid al-Adha, and if possible to also aim for a truce lasting beyond the holiday.”

But previous ceasefires have been agreed to and then ignored. One in April collapsed after a few days, subsequently leading to the resignation of Brahimi’s predecessor Kofi Annan.

Tens of thousands of people have been killed since the start of the Syrian uprising last year. Brahimi’s plan for a break in the violence may just provide some hope to civilians waiting for a definitive end to the war.

To discuss the possibility of a cessation in violence, Inside Syria with presenter Hazem Sika, is joined by guests: Malik al-Abdah, a pro-opposition Syrian journalist; Christopher Swift – a fellow at the Centre for National Security Law at The University of Virginia and the author of the upcoming Book The Fighting Vanguard: Local Insurgencies in the Global Jihad; and Salman Shaikh, the director of Brookings Doha Center, who has just written a report called ‘Losing Syria and How to Avoid It’.