US drone strikes chief under scrutiny 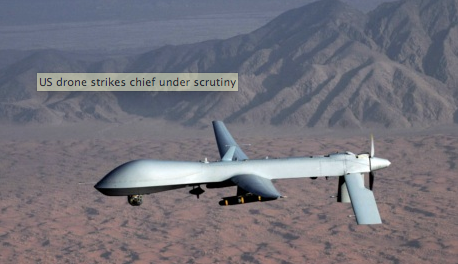 playpause
070213_Spender_DRONES-1 – /
Update RequiredTo play the media you will need to either update your browser to a recent version or update your Flash plugin.


President Obama’s choice for director of the CIA, John Brennan, was endorsed by the US Senate Thursday amid controversy over his role in the drone strike killings. VoR’s Tom Spender reports on the background to his nomination.