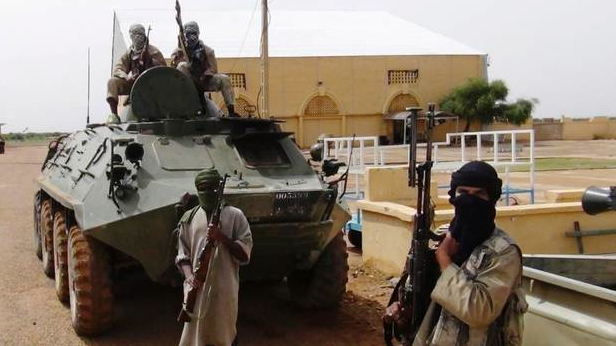 The Globe & Mail
By Geoffrey York and Paul Koring

JOHANNESBURG and WASHINGTON — The deserts of northern Mali are an endless vista of shifting sands and empty dunes. For years, it has been a nearly impenetrable haven for kidnappers, drug-traffickers, gunrunners and heavily armed militia groups.

But northern Mali is also emerging as a new stronghold for the North African branch of al-Qaeda. And in the aftermath of the killing of four U.S. diplomats in Libya last month, President Barack Obama is said to be considering, for the first time, deploying drones to attack al-Qaeda-linked militants in Mali and elsewhere in the region – despite the daunting challenge of trying to identify targets in the Sahara wastes.

Three weeks after the assault that killed ambassador Christopher Stevens and three colleagues at the U.S. diplomatic mission in Benghazi, there are mounting reports that Washington has evidence to link the attackers to al-Qaeda’s affiliate in North Africa, known as Al Qaeda in the Islamic Maghreb, based primarily in Mali and Algeria but with tentacles into Libya and West Africa.

U.S. Secretary of State Hillary Clinton says there are clear connections between the Libya attackers and AQIM. And U.S. spy agencies have intercepted cellphone calls and electronic messages from the attackers that revealed links to the terrorist group, including a message in which the militants bragged to an AQIM operative about the attack, according to the New York Times.

Another report, in the Washington Post, said the White House is considering the option of unilateral strikes on AQIM if the terrorist group continues to be an active threat. Drones are one of the tactics being considered, it said. Other reports said the Pentagon has already sent teams of special operations forces to U.S. embassies across North Africa on counterterrorism missions.

From Pakistan, where hundreds of strikes and constantly orbiting Predators have poisoned an already vexed relationship, to Yemen and more recently Somalia, Mr. Obama’s preference for dealing death from the skies has spread geographically from Central Asia to the Horn of Africa, and now may be headed for North Africa. He has defended the use of drones, calling them “very precise” and responsible for few civilian casualties.

The fight against al-Qaeda has been central to Mr. Obama’s foreign policy. He has repeatedly declared that he has turned the tide against al-Qaeda, putting it “on the road to defeat,” and he’s likely to repeat the claim during his foreign-policy debate with Republican presidential challenger Mitt Romney on Oct. 22.

Until recently, Mr. Obama could claim successes against terrorism in Africa. By giving military aid to African Union forces in Somalia, he helped dislodge the al-Qaeda affiliate, al-Shabab, which has now been expelled from Mogadishu and the strategic port city of Kismayu, where Kenyan troops seized control this week.

But in Mali, the task of chasing AQIM will be formidable. From a camera in the sky, it’s difficult to discern friend from foe in the pick-up trucks that bump along the desert paths of the Sahara.

While clandestine U.S. surveillance planes have entered the skies over Mali from secret bases in Burkina Faso and Mauritania in recent years, there is little human intelligence on the ground to verify targets. Even the Malian army has withdrawn from the north, allowing key cities such as Gao and Timbuktu to fall to the Islamists and their Tuareg separatist allies.

The bloc of West African states known as ECOWAS is planning to send a 3,300-troop intervention force into Mali to bolster the government and confront the Islamists and separatist rebels who have seized northern Mali. France and possibly the United States are expected to provide help, but this would be logistical or financial help, rather than direct participation.

The United Nations Security Council was scheduled to begin talks on the ECOWAS force in a closed-door session on Thursday. But the intervention force would face huge hurdles, including its lack of experience in harsh desert conditions and a lack of support from many West African and North African nations – especially Mauritania and Algeria, two key players in the region.

Some experts predict it could take at least four to six months to begin deploying the ECOWAS force in Mali, and even longer if Mali goes ahead with elections to form a post-coup government before beginning any military action, as the United States is proposing.

Christopher Swift, a professor of national security studies at Georgetown University, said drones are sometimes favoured because they “increase your reach, increase your accuracy and, consequently, reduce the transactional cost of engaging in a particular theatre.”

But Raymond McGovern, a former analyst at the Central Intelligence Agency who is now an outspoken anti-drone activist, said the U.S. preference for drones is driven by their easy deniability. “There is a trend to use them everywhere,” he said. “They have become the weapons of choice.”

Drones don’t make military sense, he said. “For every so-called leader you kill, the attack recruits another 100.”

The commander of the Pentagon’s Africa Command, General Carter Ham, visited Algeria last weekend and said the United States would consider supporting the ECOWAS force if it is asked. But he emphasized that military intervention is “not sufficient” to resolve the Mali crisis. While ruling out any “direct” U.S. military involvement, Gen. Ham appeared to leave open the possibility of drone attacks. “The one course of action that we are not considering is U.S. boots on the ground in Mali,” he said.