Syrian War Far From Over

Home / Syrian War Far From Over 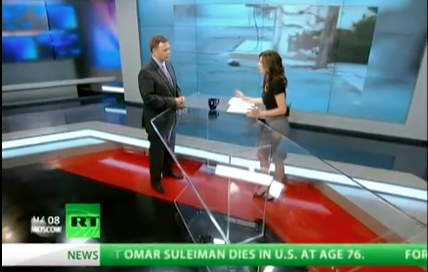 Well the situation in Syria continues to develop after yesterday’s suicide bombing in which three of Assad’s top security chiefs were killed. Some reports say that Assad may have left Damascus for the coast city of Latakia. Russia and China vetoed a UN Security council resolution that could have led to more sanctions against Syria, but also would have been attached to chapter 7 of the UN charter, would could authorize the use of force. Susan Rice and the White House have showered the vote with condemnation, and the talk of the use of chemical weapons is getting louder. But what could happen next, would a post-Assad Syria be thrown into even more chaos? Alyona discusses with Christopher Swift, a fellow at the University of Virginia Law School’s Center for National Security Law.