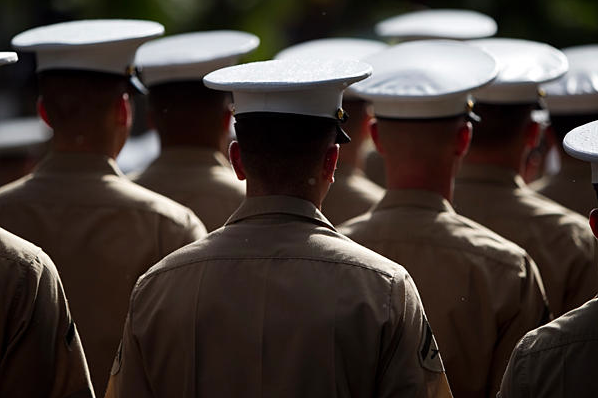 WASHINGTON – The language of rebuke has been robust among top US military officials in the wake of a web video depicting Marines urinating on dead Taliban fighters.

The Marines, for their part, have already promised two separate investigations into the incident, and Defense Secretary Leon Panetta has vowed that, “those found to have engaged in such conduct will be held accountable to the fullest extent.”

But military law experts point out that despite the strong language coming from the Pentagon’s top brass, the US military’s track record in prosecuting those accused of crimes against enemy forces in the wars in Iraq and Afghanistan has been lackluster.

That’s because there is a “disconnect” between military law and the policies that the Pentagon is pursuing as it wages war in Afghanistan and, earlier, Iraq, says Christopher Swift, a fellow at the University of Virginia’s Center for National Security Law.

Though top US military officials recognize the often-devastating impact on public perception that comes with these charges, they are often difficult to prosecute, Dr. Swift adds.

“When you look at the military law side,” he says, “there’s a very high threshold for actually proving that these soldiers and Marines were doing what they were doing with deliberately bad intentions.”

The trial this week against a US Marine facing nine counts of manslaughter for US military actions in Haditha, Iraq, in 2005 that killed two dozen Iraqis, including unarmed women and children, offers one window, for example, into the Pentagon’s prosecutorial process.

The Marine on trial at Camp Pendleton, in southern California, Staff Sgt. Frank Wuterich, is the final defendant in one of the most visible cases against US troops in the Iraq War. After the charges came to light, eight Marines were charged in connection with the crime. Of those, one Marine Corps squad member was found not guilty, and six others had their cases dropped.

Sgt. Sanick de la Cruz, who was given immunity in exchange for his testimony, supported accounts that Wuterich shot five Iraqis attempting to surrender. Sgt. Cruz also admitted to urinating on the body of one dead Iraqi, and repeatedly firing into the bodies of several others who had already died.

Haditha was frequently compared to the Mai Lai massacre in Vietnam, in which 504 villagers were killed. While 22 officers were put on trial for the massacre, all but one were acquitted, a lieutenant who ultimately served three years of a life sentence.

In the most notorious case of the Iraq war, Abu Ghraib – which in addition to the well-known charges also included allegations of US prison guards urinating on detainees – 11 troops were charged.

The highest-ranking officer to be disciplined in Abu Ghraib, Col. Thomas Pappas, was relieved of his command for allowing military dogs to be present during interrogations. Lt. Col. Steven Jordan, was acquitted of all prisoner mistreatment charges. He received a reprimand for disobeying an order not to discuss the investigation.

The remainder of those who faced charges were relatively low-ranking enlisted soldiers, who received sentences that ranged from three months of hard labor to 10 years in prison. Specialist Charles Graner, who received the 10-year sentence, was paroled from Fort Leavenworth in August after serving six years.

Though lower-level troops tend to bear the brunt of prosecutions in these instances, the cases are often the result of a “failure of command responsibility, rather than a fundamental pathology on the part of soldiers,” says Swift, author of The Fighting Vanguard: Local Insurgencies in the Global Jihad.

Because such troops are often under incredible stress after multiple deployments, command climate in upholding laws of war becomes even more important, he adds. Such laws exist not only to protect the innocent, but also the troops themselves from the dehumanizing effect that war can have on soldiers authorized to use violence to carry out policy on behalf of the US government.

“So it’s okay to kill an adversary, but not okay to defile the body. It’s okay to kill them on the field of battle, but not mistreat them when they are in custody,” says Swift. The laws exist not just to regulate conduct, but to preserve the integrity of the troops fighting the wars. “If you take actions that dehumanize the adversary, then what you are actually doing is dehumanizing yourself.”

That’s why, although the Taliban’s record is far worse than that of the US Marine Corps, Swift argues, “and as much as our enemies can be nastier than us – this is about us.”