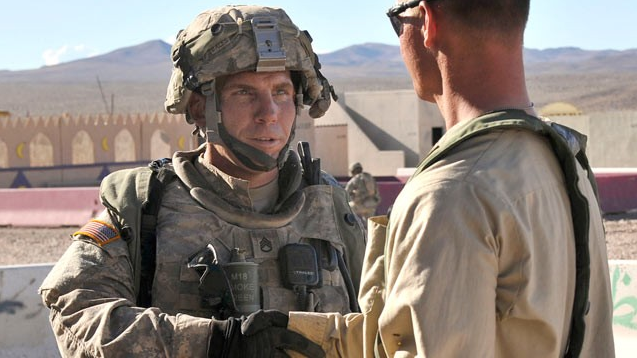 WASHINGTON – The lawyer representing the soldier suspected of killing 16 Afghan civilians is inviting a protracted fight in the U.S. military court system if he mounts a mental-illness defense.

John Henry Browne, the civilian lawyer for Army Staff Sergeant Robert Bales, indicated this week he may wage such a “diminished-capacity” defense. Bales, 38, suffered a brain injury during a previous tour in Iraq and didn’t want to be deployed again, according to Browne.

A fight over whether Bales was insane or unable to act rationally would add to the complexity of a case roiling already strained U.S.-Afghan relations as the U.S. tries to hand off responsibility to Afghan security forces by 2014. It’s a defense that at best may help save Bales from a potential death sentence, according to military-law scholars such as Morris Davis.

“It’s a hard sell, particularly in the military environment, where folks are under tight supervision,” said Davis, a former chief prosecutor of terrorism trials at Guantanamo Bay, Cuba, who now teaches at Howard University Law School in Washington. Even so, Davis said in an interview, “that seems to be the only card they’ve got in the deck.”

Military charges against Bales for the shootings in two Afghan villages may come this week, according to Browne. The “preferral” of charges is the first move in a military prosecution, akin to an indictment in a civilian court. The next public step would be a preliminary investigation known as an Article 32 hearing. It’s the equivalent of a grand jury in a civilian federal case, except that the defense can participate and it’s held in the open.

Afghan Foreign Minister Zalmai Rassoul, who visited Secretary of State Hillary Clinton in Washington yesterday, said his government wants to see a “swift and transparent investigation of this case and the punishment of anyone involved.”

Even with such international pressures, a trial may not begin for at least a year, according to Colby Vokey, a retired Marine Corps officer who tried or supervised hundreds of military cases as chief prosecutor and later chief defense counsel at Camp Pendleton, California.

First, there would be maneuvering over issues such as the extent and reliability of the evidence and the availability of witnesses from the villages in southern Afghanistan, as well as resolving the state of Bales’s mental health.

The military may form a so-called sanity board to conduct a mental evaluation and determine whether Bales is fit to stand trial. Many such cases have been delayed to ensure that the accused can participate in his defense, according to a military judge advocate who briefed reporters at the Pentagon last week on condition of anonymity because charges hadn’t been brought.

The judge advocate said he couldn’t recall a case in which a successful insanity defense was waged based on evidence of Post-Traumatic Stress Disorder (PTSD) or Traumatic Brain Injury (TBI). Eugene Fidell, who teaches military law at Yale Law School, said in an interview that he “can’t find any case in which a person has been acquitted by reason of insanity with respect to PTSD.’

One reason a mental-illness defense for Bales may be a hard sell is the composition of the jury that eventually would hear his case.

In civilian courts, a jury of the defendants’ peers is chosen randomly from the population, subject to vetting by the prosecution and the defense. Military jurors, known as ‘‘court members,” are selected by the military “convening authority,” which is often the base commander or a higher officer, Davis said.

While the members of such panels typically are all officers, the accused may request that as many as a third of the members come from enlisted ranks higher than his own. For Staff Sergeant Bales, that would mean sergeants first class and higher, the top 13 percent or less of the Army’s enlisted soldiers, all with a minimum of six years of service.

Eighty-three percent of military officers had bachelor’s or advanced degrees in 2010, compared with 30 percent of the U.S. population over the age of 25, according to the Defense Department’s “Demographics 2010” report.

“It’s probably the most educated jury you will ever find,” Davis said.

Although military suspects are entitled to a military lawyer at no charge, they can hire civilian attorneys at their own expense. Browne, a Seattle lawyer who’s defended clients in multiple-homicide cases, has said he’s being paid and is in contact with a military lawyer assigned to the case.

With a civilian attorney defending Bales, “they can’t go as quick as they might like to,” said Vokey, the former military prosecutor who is now an attorney in Dallas. “Civilian lawyers have their own schedules. They can’t be pushed around the way guys in uniform can.”

Complicating the case for prosecutors is the difficulty of obtaining evidence and finding witnesses in a war zone.

“The circumstances surrounding this case — the fact that it took place halfway around the world in a remote part of Afghanistan, the apparent absence of eyewitnesses or a confession, the immediate burial of the bodies without forensic testing, the strong anti-American sentiment that will likely limit Afghan cooperation, among other factors — clearly compound the significant challenges that normally arise in any mass-murder trial,” Davis said.

The case of Army Major Nidal Hasan, who has been awaiting trial since 2009 on charges of killing 13 people in a shooting rampage at Fort Hood, Texas, “is like a walk in the park compared to this one,” Davis said.
Browne, Bales’s attorney, questioned whether prosecutors will have sufficient evidence.

“If I was the prosecutor, I’d be concerned about how we prove anything,” Browne told reporters while visiting his client this week at the military prison in Fort Leavenworth, Kansas.

“It’s a contested area in terms of control,” Swift said of the Panjwai region of Afghanistan where Bales was deployed. “But that doesn’t mean it’s a free-fire zone.”

Details of the case that have emerged so far “suggest Army investigators haven’t had too much difficulty in getting the information needed” to prosecute the case, Swift said in an interview.

The military judge advocate who briefed reporters said videotaped testimony of Afghan witnesses, with a cross- examination from the defense, may be admissible in a trial instead of bringing them to the U.S. An executive order signed by President George W. Bush in 2007 also authorizes the use of video-teleconferencing to obtain witness testimony.

“The U.S has no way to compel potential Afghan witnesses to do anything, and I’m not sure how much help we’ll get from the Karzai regime” Davis said, referring to the government led by Afghan President Hamid Karzai.

Months also will be added to the case if the military decides to seek the death penalty, with the extra safeguards required when the soldier’s life is at stake, Vokey said. Defense Secretary Leon Panetta has raised the possibility of a death penalty in the Afghanistan killings.

While an insanity defense is unlikely to result in acquittal, “I see this as a defense that’s aimed at mitigating the ultimate penalty,” Swift said.