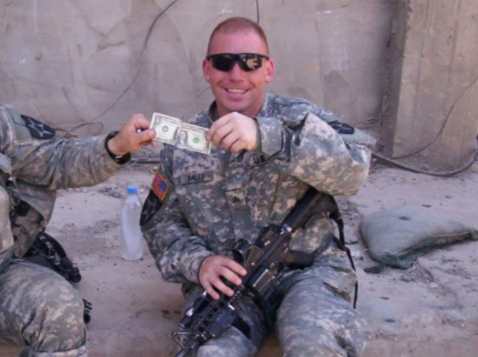 WASHINGTON – U.S. Army Staff Sergeant Robert Bales will be charged with 17 counts of murder for killing Afghan civilians, according to two U.S. officials.

Charges will be released this afternoon Washington time after they are presented to Bales and his attorney at the military prison at Fort Leavenworth, Kansas, according to one of the officials. They spoke on condition of anonymity because the charges haven’t been announced.

Bales, 38, is accused of gunning down civilians, including women and children, in two villages in southern Afghanistan on March 11. His attorney, John Henry Browne, has questioned how much evidence the military has in the case. Browne also has said his client suffered a traumatic brain injury during one of three tours in Iraq and didn’t want to go to Afghanistan, where was deployed in December.

Bales, a qualified sniper with the 2nd Battalion, 3rd Regiment of the 3rd Stryker Brigade Combat team was in Afghanistan in support of U.S. Special Operations forces, defense officials have said. His unit was based at Joint Base Lewis-McChord in Washington state.

The killings exacerbated tensions between the U.S. and Afghanistan, already at a high level after the burning of Korans last month in a trash dump at the largest U.S. base in Afghanistan. Protests followed across Afghanistan, and six U.S. military personnel were killed by Afghans.

President Barack Obama called Afghan President Hamid Karzai after the shootings for which Bales is accused, pledging “to hold fully accountable anyone responsible.”

Under military law, governed by the Uniform Code of Military Justice, the “preferral” of charges is the first move in prosecuting a felony case. The next public action would be a preliminary investigation known as an Article 32 hearing. It’s the equivalent of a grand jury in a civilian case, except that the defense can participate and it’s held in the open.

When the Article 32 investigation is complete, the presiding officer makes a recommendation on whether the case goes to a court martial, after which a military judge sets a hearing schedule.

A trial may not begin for at least a year, according to Colby Vokey, a retired Marine Corps officer who tried or supervised hundreds of military cases as chief prosecutor and later chief defense counsel at Camp Pendleton, California.

Questioning the evidence in the case, Browne, the Seattle attorney representing Bales, told reporters this week, “If I was the prosecutor, I’d be concerned about how we prove anything.”

Browne also has indicated he may seek a “diminished capacity” defense for his client. He said on March 19 that Bales is “confused” and doesn’t recall some details of the alleged assault.

A mental-health defense may be difficult to win before military jurors, known as court members, according to Christopher Swift, a fellow at the University of Virginia Law School’s Center for National Security Law.

He said that strategy may help avert a death sentence if the military seeks it in the case.

“I see this as a defense that’s aimed at mitigating the ultimate penalty,” Swift said in an interview.